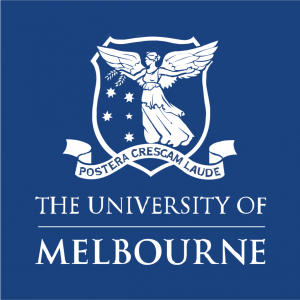 I am writing this letter of support for Jessie Bullivant in my role as the loan administrator of the bronze object they situated in: [In the event of fire (crucible), 2017, 50kg of Bronze, result of fire evacuation at the VCA workshop during bronze casting demonstration. On loan from Victorian College of the Arts. Exhibited in Unproductive Thinking at Deakin University Art Gallery, 26.4. – 26.5.2017].

Jessie Bullivant visited the Teaching Workshop of the Victorian College of the Arts in April 2017, to photograph and potentially borrow a 50kg blob of bronze. This quite impressive artefact was the result of a foundry pour that had been abandoned due to a malfunctioning fire alarm, taking form as a large crucible-shaped object with two pristine cylindrical ingots poking out the top. Jessie was hoping to move the piece to Deakin to include it as part of their exhibition.

I found all my dealings with Jessie to be very clear. They were comfortable and confident in accommodating the many bureaucratic requirements of our heavily regulated workshop environment. We were able to get approval from VCA management for the loan. The whole process went very smoothly.

All of this would be less remarkable for me were it not for my own particular interest in the action of legal and bureaucratic forces upon artists and their practice. Through this lens, I contemplated Jessie’s appointment at the VCA workshop as a performance-visit, wherein I was invited to attend to the peculiar nature of the event that had produced a bronze blob and the administrative requirements of our institution.

When considered in the broader instances of artists engaging with these processes, I found Jessie’s non-oppositional approach to be of particular interest. Where many artists consider bureaucracy as obstructive or worthy of derision, Jessie allows an open engagement with it as a condition of art practice, and society more generally. Rather than seeing the bronze blob as a laughable error, it appeared to be framed as an affordance of the evacuation, of the nature of foundry safety, and of duties of care that my colleagues and I share.

More personally, Jessie appeared to be inviting me as an administrator the opportunity to be present with my role and to consider both its actions and its object manifestation with curiosity. This is a most enjoyable experience.